Do you love nature?? Come on our 6 Day Sumatra Elephants Orangutans and Hotsprings

Fitness level – Average. This tour is designed for those who love animals and nature.

DAY 2. After breakfast, head off on a day orangutan jungle trek in Gunung Leuser National Park, via rubber plantation for wildlife & orangutan spotting. Jungle lunch included (option of an overnight trek instead of day 3 activity if preferred at slightly higher cost). Guest House.

Day 3. Day trip to Gelugur hot springs and waterfall with lunch (2 hour drive each way). (note there is an option to go back to the jungle if orangutans not spotted on the jungle trek or a days white water rafting at additional cost if preferred).  Guest House.

Day 4. After breakfast head off to Tangkahan (2.5-3 hour drive on mostly dirt road). Afternoon take a guided leisurely stroll to the local village, where you can learn about local fruits and village life. Accommodation Tangkahan Guest House.

BUKIT LAWANG. Until 1996 Bukit Lawang in North Sumatra was the location of an Orangutan rehabilitation centre. The centre was forced to close its doors to new arrivals because the centre could not accommodate the ever growing number of Orangutans. Later conservation strategies recommended against the re-introduction of ex-captives into wild populations, due to the threat of disease. The Orangutans rehabilitated in this period and their off-spring still remain in the jungle around Bukit Lawang. A feeding platform was built in the jungle to aid their survival in the wild.

TANGKAHAN is a peaceful jungle retreat, situated alongside the Kualsa Buluh river. Tangkahan was established as an ecotourism location in 2001. Previously the area was logged and poachers hunted the animals. The local people have transformed the region, stopping the logging and forming forest ranger groups to patrol for illegal activities. With the help of FFI (Flora and Fauna International) they have developed a functional, self-sustained ecotourism destination.

There are 7 elephants based at Tangkahan, who work together with the rangers to patrol the forest and keep illegal loggers and poachers out. Joining the elephants for bathing  will help to support this local initiative. 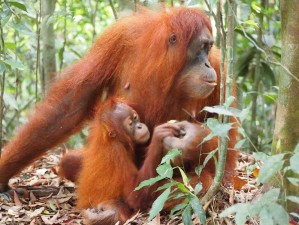 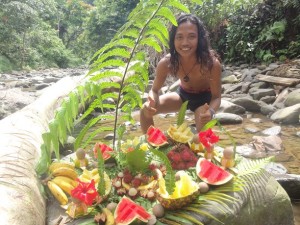 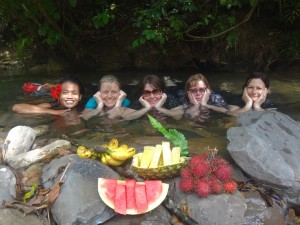 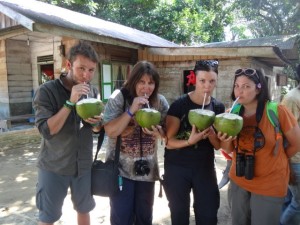 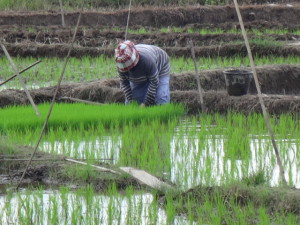